Because you’re not here to listen to me blather on about whatever (well, ok, you kind of are, fanfic-wise at least…), here’s the chapter link first: 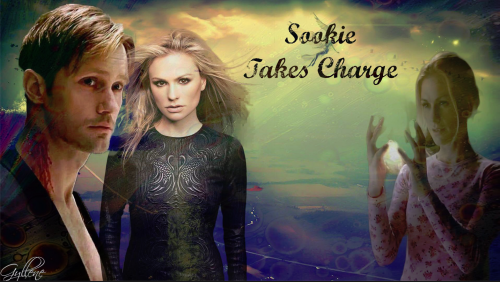 Now for the blathering…  Ok, regarding the last post/poll (I love polls, sorry…), the purpose of that was solely to gauge reader interest in ON.  When I notice response to a story fluctuating, as a writer my immediate thoughts are either that the quality of my writing has fallen – that maybe I’m not putting the scenes in my head down on paper right, as it were – or that you guys are maybe getting a bit tired of me seemingly concentrating so much on the one story and feel that I’m ignoring other WIPs (one of the dangers of having more than one WIP at a time)…or that  you detest the story with the passion of a thousand suns and wish it would immediately and forever disappear from all known media sites.

(Hey, writers have over-active imaginations for a reason…and that’s not always a good thing.)

As I’ve said far too often, I don’t read much fanfic – at all – when I’m in a writing phase, but back when I did, I would get really frustrated with writers when they would have several WIPs but seem to concentrate only on one (maaaaaaybe two) of them, and I don’t want my readers feeling that same way. So…even though I work to keep up with all the WIPs, I wanted to give y’all options.

Also, I get that Eric’s extreme attention to minutia – even when it’s from Eric’s own POV – might not suit every reader since it involves lots…and lots… of words that result in really LONG ‘parts’.  I consider each “night” to be a chapter, but each chapter has as many ‘parts’ as it takes to keep both the writer and the reader from being overwhelmed with Eric’s attention to every…single…detail…

Anyway, according to the results of the poll, I’ll basically keep doin’ what I’ve been doin’ – writing then posting as the FLM allows (y’all should know that she’s been flipping me off lately…moody little bitch…).  My little bits of writerly paranoia have been beautifully soothed by your fantastic responses, so I’ll shut up and, yeah, here’s a chappy of STC – go read and enjoy!